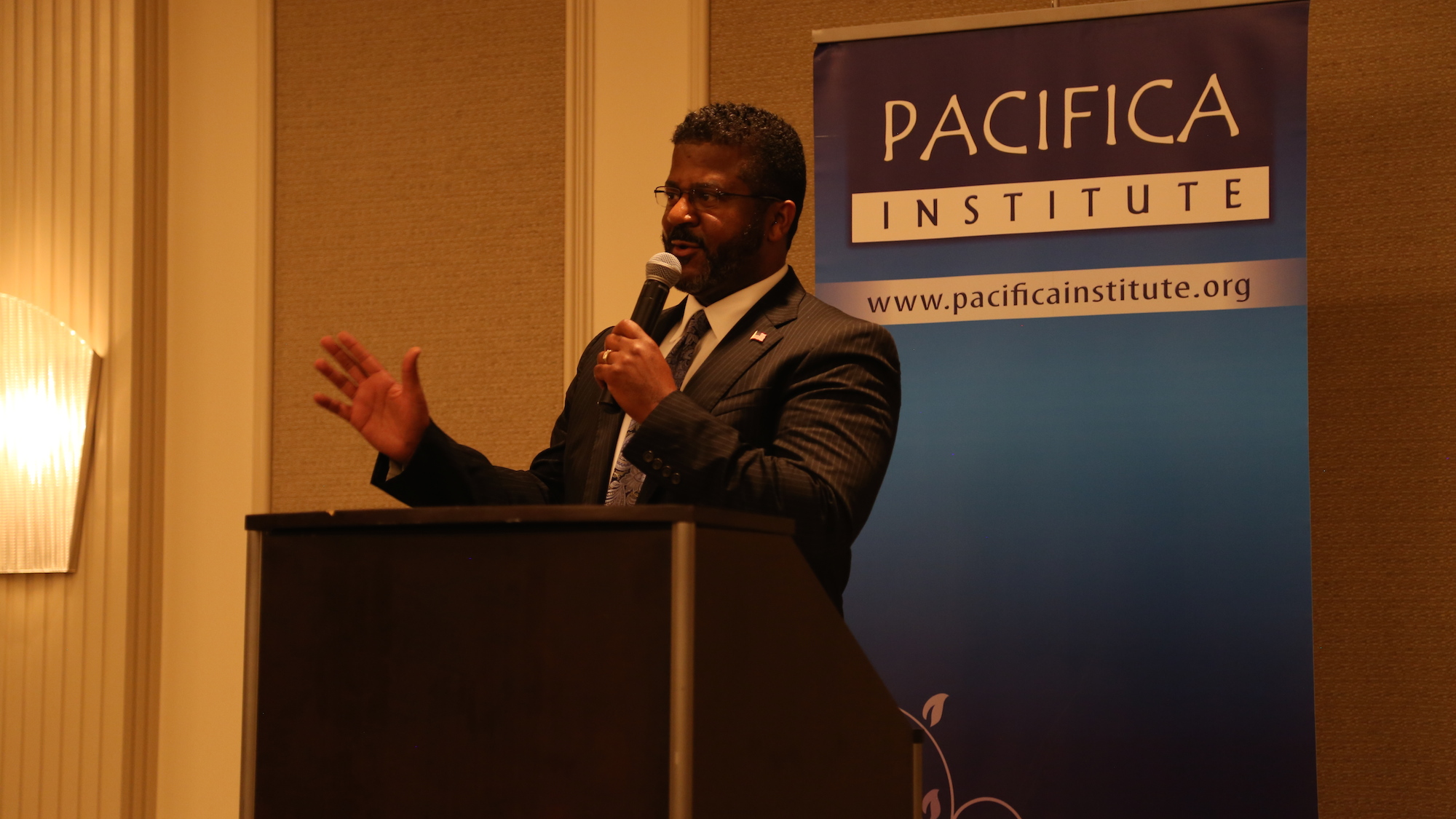 On June 25, 2015 Pacifica Institute hosted a Ramadan Friendship Iftar Dinner at the Saint Sophia Greek Cathedral. The dinner was organized to celebrate the month of Ramadan together while also forming friendships with the Greek community. The event began with the opportunity to visit the Greek Architecture Exhibit that the Saint Sophia Greek Cathedral hosted.

After everyone was seated and the guests were welcomed for the Iftar dinner, Joumana Silyan-Saba, Senior Policy Analyst of the City of Los Angeles Human Relations Commission, gave a short speech expressing her appreciation of such a great gathering in the City of Angels. She admired how different religions and communities were brought together as a result of this dinner. Joumana also clearly stated that, “Peace is not passive, peace is active,” and implied that physical actions were necessary in order for people to come to an understanding and ultimately find peace. This gathering rejected all types of violence and Joumana believed that Los Angeles was lucky to have these people of Greeks and Turks coming together.

Another warm welcoming was done by Father Bakas who emphasized how Ramadan brings different religions together through iftar dinners. Although we may have different opinions and disagreements, this dinner allowed us to cooperate. He states that, “We have to move from collision to coalition.” He pointed out that most of the guests were from Istanbul and tonight we celebrated our cooperation. He implied that we must abandon our disagreements and get together for love and peace. He wanted to continue this relationship of embracing one another as we had done tonight. Even if there was no one to support his ideas, he simply said, “Who cares!”

After the fast was broken and the guests began their meals, a short video was presented to better understand the meaning of Ramadan. The video explained that fasting is a spiritual cleansing of self-control and refrain while also being one of the five pillars of Islam. Fasting is a clear act of obedience and submission.

Then, Father Franc was invited for a quick prayer and Father Bakas sang a hymn and guests joined by clapping along. As Dr. Sophia Pandya was invited on on stage, she mentioned that all humans would be going to the same place in the end and it was wonderful to get together and understand one another.

A final speech was given by Steve Wooley, FBI Counterterrorism Division Special Agent in Charge. He reminded the guests that despite the obvious historical complications between the Greeks and Turks, they were brought together in peace as a result of this iftar dinner and there was no violence present. As an FBI agent, he constantly heard threats but these gatherings helped communities take a great step towards peace.

The event came to an end as the guests appreciated the work put in by the cooks and Father Bakas offered the cathedral’s basketball court for the tarawih prayer. The guests also appreciated the friendly conversations with one another and once again acknowledged that peace was sustainable. Pacifica Institute thanked Saint Sophia Greek Cathedral for allowing this event to happen.