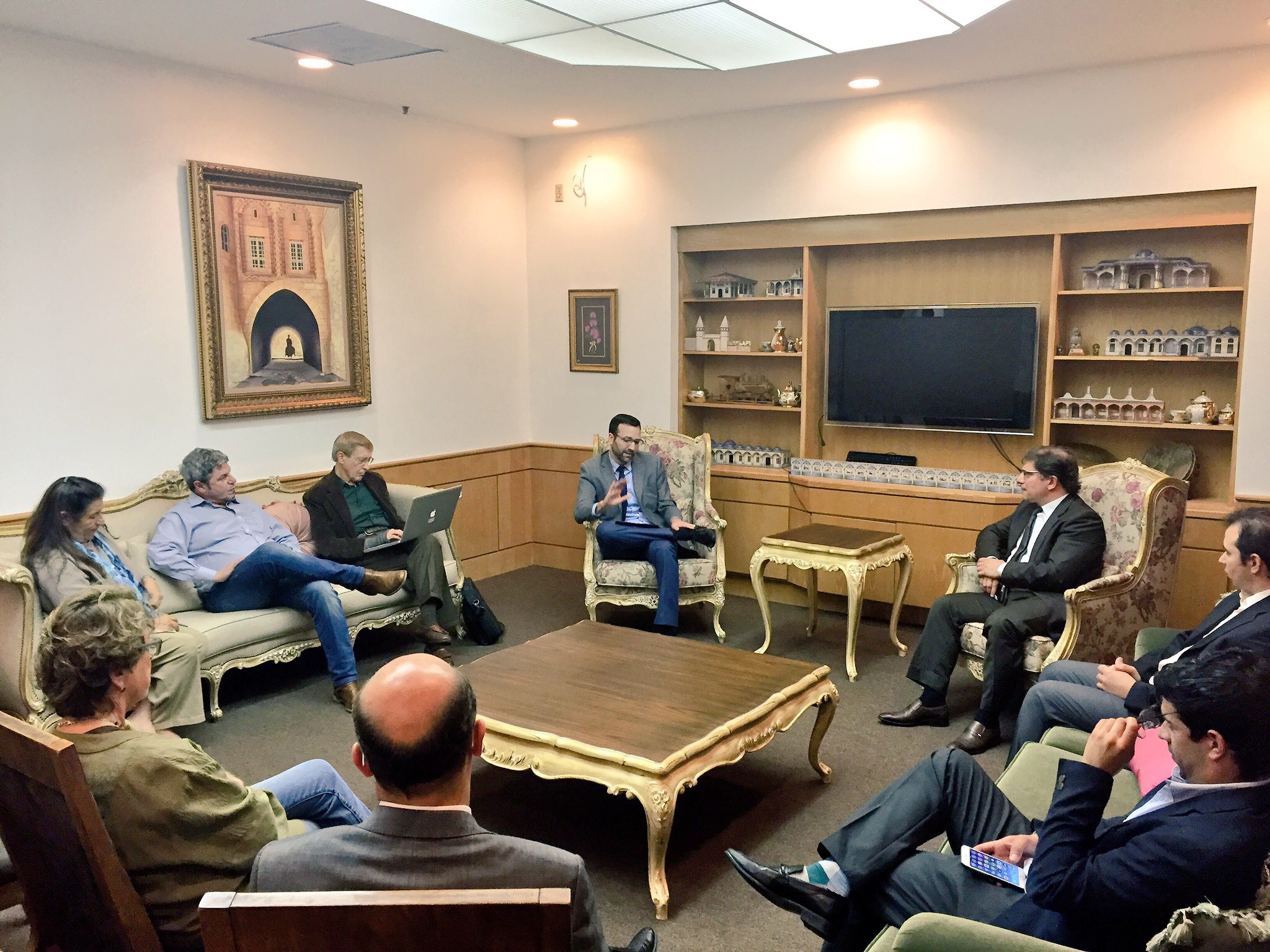 In 2014, California State Senator Ben Allen was overwhelmingly elected to represent the 26th Senate District, which consists of the Westside and coastal South Bay communities of Los Angeles County, stretching from Pacific Palisades to the Palos Verdes Peninsula and from Venice to Hollywood.

Ben serves as chair of the Senate Elections and Constitutional Amendments Committee as well as the legislature’s Joint Committee on the Arts.  He is a member of the Senate Budget and Fiscal Review Committee, the Budget Subcommittee on Education, the Natural Resources and Water Committee, the Transportation and Housing Committee, and the Veterans Affairs Committee.  He is vice chair of the Select Committee on Defense and Aerospace, and serves on the select committees on California-Mexico Cooperation, Passenger Rail, Ports and Goods Movement, Refugio Oil Spill, and AB 32 and Climate Change Implementation.

Senator Allen started his talk by pointing out biblical verses about human stewardship on resources,  nature and mentioned President Theodor Roosevelt walk in the woods in Yosemite where it was later designated as the national forest.

“1969 Santa Barbara oil spill was a wake up call to ask at what cost we need energy. But May 19, 2015 California suffered its worst oil spill in the last quarter century. 140 thousand crude oil caused 9 mile ocean slick along the coast expanding to an area of 23 to 6 miles.”

“Interestingly a UCSB professor projected that the tar disaster would come to the shores from El Segundo to Palos Verdes. There needs to be a very smooth channels of communications among governmental agencies and that there should be a balance of regulators and private companies.”

Luncheon forum ended with Q&A and with conversations among the audience.