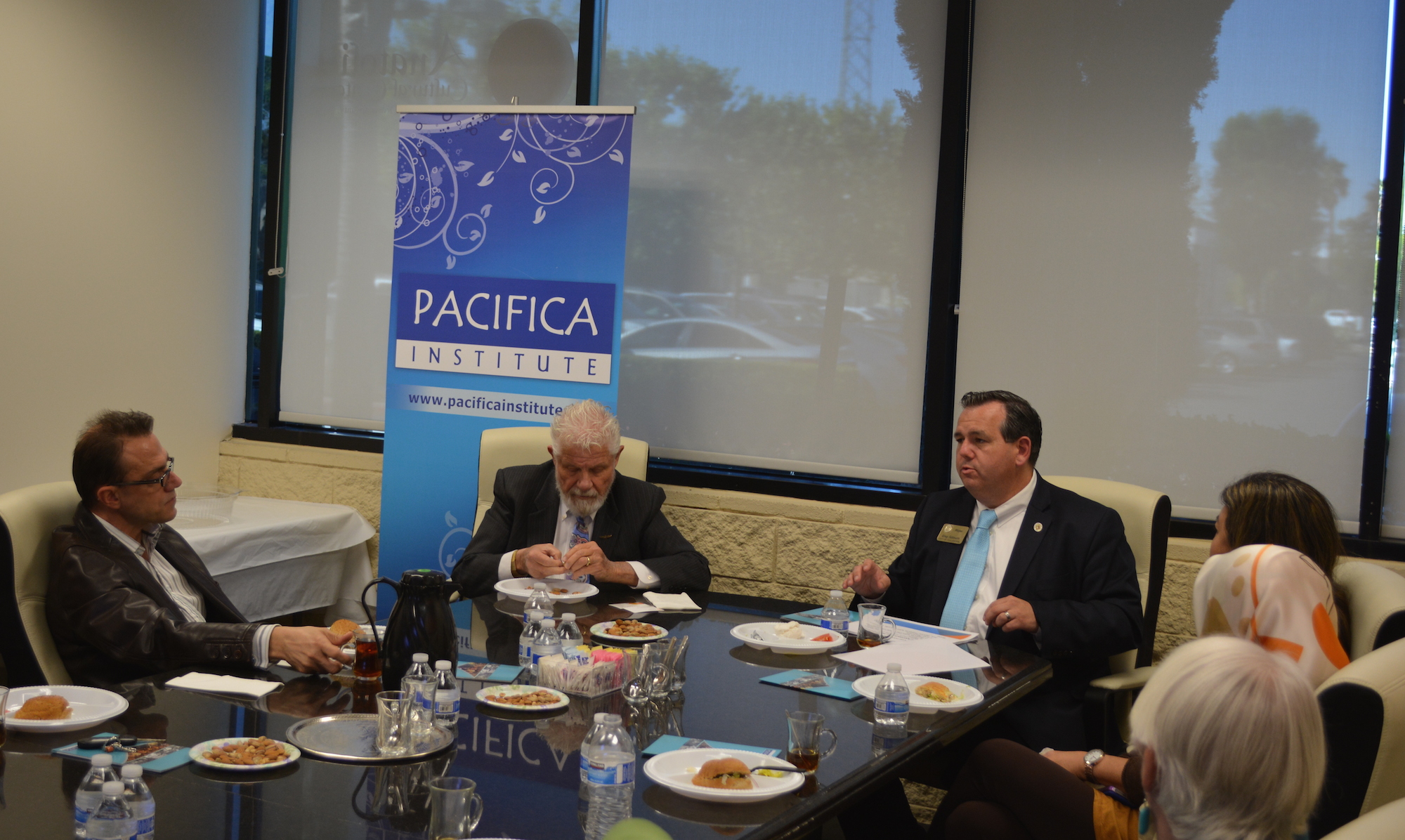 On Thursday, November 12, 2015, Pacifica Institute Orange County hosted Fullerton Mayor Greg Sebourn for a luncheon related to local communities in Orange County. The topic presented by Mayor Sebourn was titled, “Building Bridges and Moving Mountains.” According to the Mayor, Fullerton is run by members of the community who are true leaders to the more than 140,000 residents. He gave examples of the high standards set on the police department and fire department to uphold to moral codes at all times. He assured the attendees that a person in uniform and out of uniform should represent Fullerton with the same amount of ethics. After establishing the dedication of the leaders of Fullerton, he went on to touch on social topics within the city.

Some of the topics brought up were crime, discrimination, geography, and giving back to the community. According to Mayor Sebourn, there is more crime on bordering streets (such as Orangethorpe) that are near neighboring cities because criminals are aware that is more challenging for law enforcement to arrive to those places. Fullerton is a diverse community with approximately 25% Asian and 30% Hispanic. He provided examples of discrimination cases against the city pertaining to voting. He also assured the audience that any issues related to the city can be brought up to any of the five acting mayor and city council. He stressed the significance of geography for Fullerton, since it is almost centrally located between Los Angeles and Orange County. He strongly felt it was worth investing into Fullerton for location and the school system. For example, Troy High School is public and always ranked in the top 50 schools in the nation. Mayor Sebourn concluded the evening by encouraging the audience to research local organizations that give back to the community. He expressed how he strongly believed reaching out to programs, such as boy/girl scouts, would continue the trend of taking care of the community.