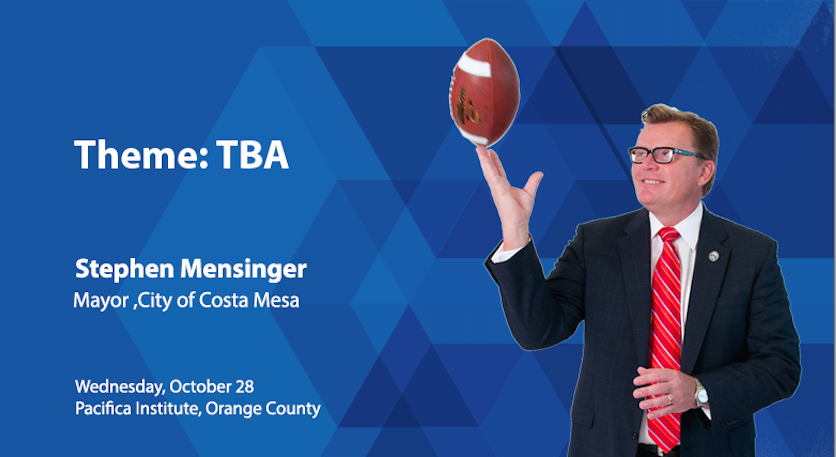 Experienced leader in both private, public and nonprofit sector endeavors. Stephen Mensinger was elected to the Costa Mesa City Council in November of 2012 and was appointed mayor in 2014.

In 2011, Steve was appointed to the City Council to fill a seat vacated after a council member’s resignation.

Steve serves as the council liaison to the Investment Oversight Committee, the Costa Mesa Conference and Visitor Bureau and the Newport-Mesa Unified School District Board of Trustees.

From February 2009 to December 2010, he served as a Costa Mesa Planning Commissioner.

As the author of Civic Openness In Negotiations (COIN) ordinance that shined a light on public employee labor negotiations, Steve is redefining the expectation of city transparency with the taxpayers.

Steve’s professional career spans more than 26 years as a business leader in the real estate industry. Steve worked in executive positions with Arnel Management Company, the Bethany Group, and SunCal Companies. Steve is currently president of Mesa Management, a diversified real estate management and development company with assets throughout the state.

Steve is married with two sons and is a 30-year Costa Mesa resident. When he is not serving the people of Costa Mesa or working in his avocation in real estate he enjoys youth sports, hunting, fishing and woodworking.