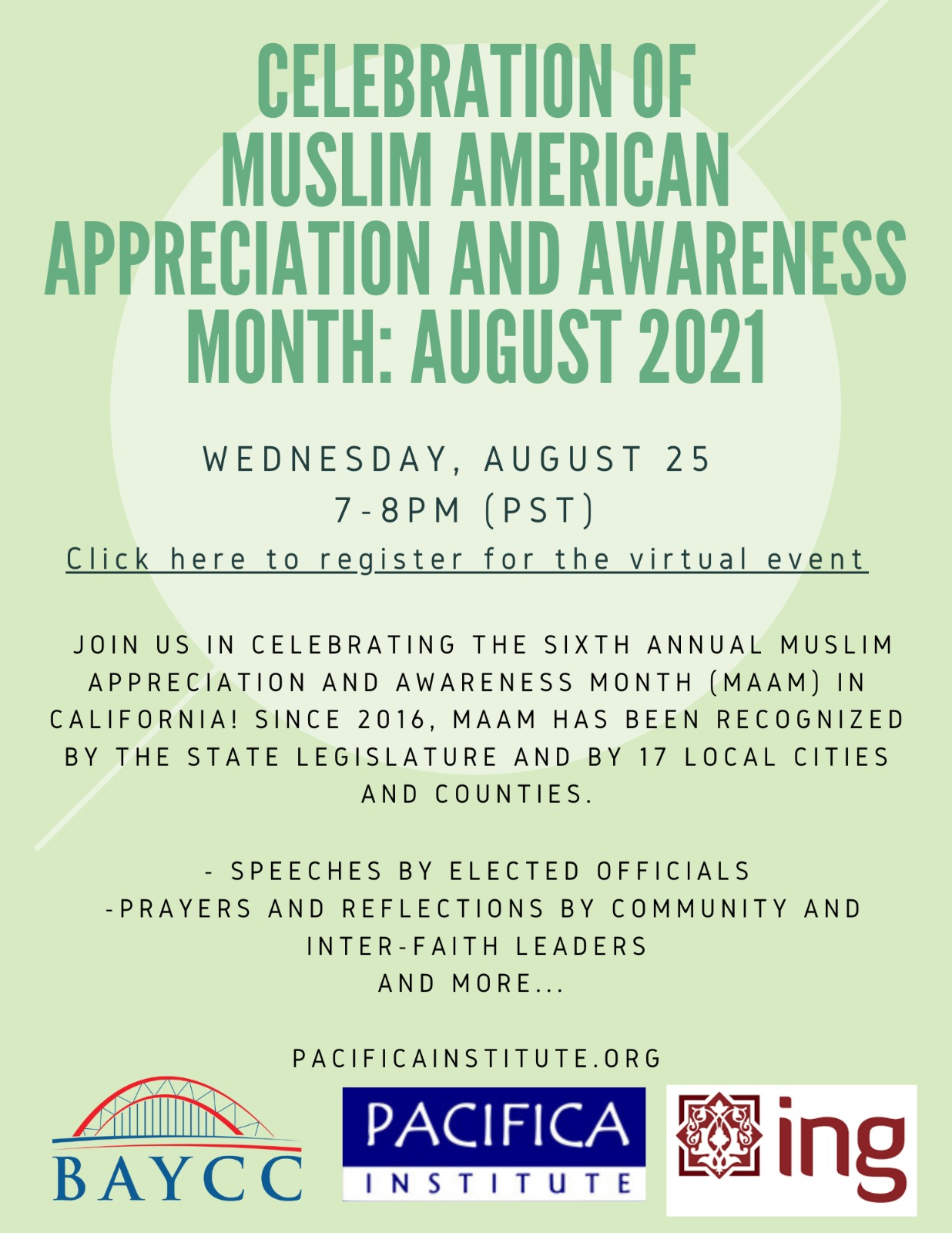 Celebration of Muslim American Appreciation and Awareness Month, Speeches by Elected Officials, Prayers and Reflections by Community and Interfaith     Leaders

Hala Hijazi from San Fransisco Human Rights Commissioner and SF Interfaith Council thanked Pacifica Institute for the hospitality and how much this resolution meant for people in the Bay Area and later on introduced Assemblymember Bill Quirk. Assemblymember Quirk summarized the history of the resolution and gave examples of muslim contributions to the American life. Bill presented some examples of muslim elected officials in recent history. American Muslims made tremendous contributions to public life in America. Hayward Councilmember and Mayor Pro Tem- Aisha Wahab was introduced by Hala Hijazi. Aisha Wahab thanked Bill Quirk for this resolution. She said that she is ethnically Afghan and that she grew up in foster care. Aisha mentioned how tremendous amount of people are doing what is right in America and we do it because other communities depend on us.

Then came the prayer part and reflections from faith and community leaders. Rabbi Jonathan Singer- Congregation Emanu-El, San Francisco emphasizes that Judaism is in debt to Islam due to intellectual richness. “May we seek peace and pursue it. You- Muslims are a community blessing.” Pastor Susan Strouse, Ejaz Naqvi, Tabassum Haleem, Sameena Usman offered their prayers of peace and blessings. Imam Rushdan Mujahid-Deen mentioned the pillars of faith as is shared with the other Abrahamic Religions. Dr Ejaz Naqvi mentioned the inventors of Pfizer covid vaccine Bion tech- Mr Ugur Sahin and Mrs Ozlem Tureci and many contributions of Muslims of Americans. Tabassum Haleem presented some examples of muslim Americans in history and recent past. Near the end of the program, Salam Marayati from MPAC asked the audience what it is to be Muslim in America and stressed that it is important more than ever to protect what the founding fathers offered us in the first place. E pluribus unum.“Out of Many, One”

+The California State Assembly voted Monday to pass a resolution that officially recognizes August 2016 as Muslim Appreciation and Awareness Month. HR-59, introduced by California Assemblymember Bill Quirk in June after Quirk was approached by a community activist on the issue, was officially passed Aug. 1 with bipartisan support. *