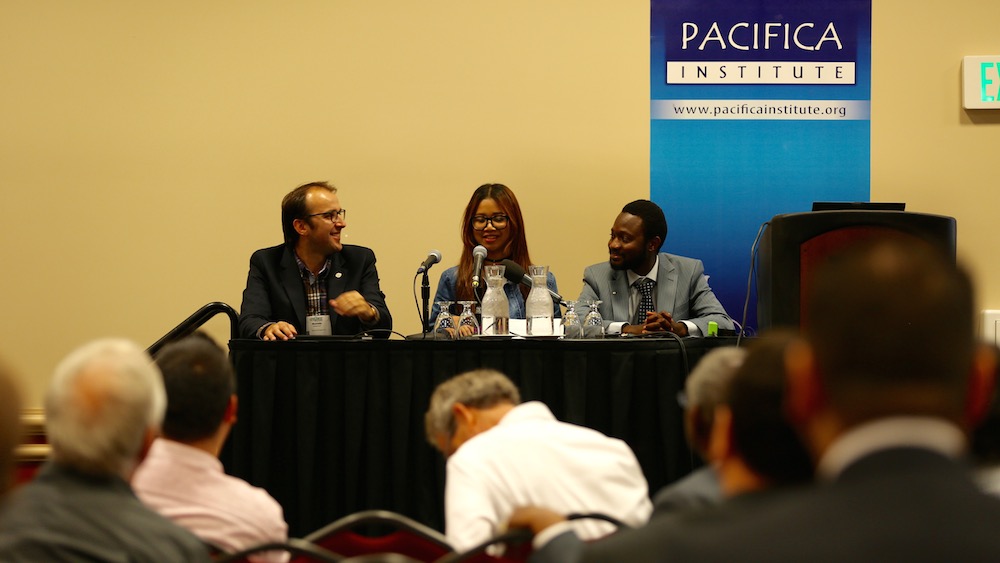 From October 15th to 19th, the Parliament of the World’s Religions arranged a gathering at Salt Lake, with the motto “Reclaiming The Heart of Our Humanity.” The aim was to convene people of all faith and traditions to exchange ideas and discuss about the issues concerning the well being of today’s world. Topics were varied from war and terrorism to climate change.
One of the topic of the presentations among many was the Hizmet Movement. The Hizmet movement is to date an evidently admirable faith inspired movement interacting with diverse religious traditions, secular ideologies, and cultures in more than 160 countries.
There are many scholarly studies on the Hizmet and its activities, more specifically the schools that are affiliated with the movement. Today we wanted to do something different and invited the graduates of this educational institutes, high school to give a more intimate and internal perspective.
The opening speech was made by Dr. Lawrence Carter, Dean of Martin Luther King Jr. International Chapel at Morehouse College. Back in April, Morehouse College awarded its prestigious 2015 Gandhi King Ikeda Peace Award to Fethullah Gulen in recognition of his life-long dedication to promoting education, peace, and human rights. Dr. Carter mentioned that he was very honored to have presented the award to Gulen, and stated that he was very happy to see the fruits of the hizmet schools around the world in the Parliament event.
Dr Philip Clayton from Claremont School of Theology, specializing in comparative theology and the relations between religion and science in his keynote speech focused on the inspiration of Fethullah Gulen, the founder of hizmet -meaning serving God is serving humanity- who is Prophet Muhammad peace and blessings on to him. Dr. Clayton said hizmet’s focus is specifically for love, respect, tolerance, democracy, and human rights. Then came Dr. Ozgur Koca the moderator of the panel introduced the speakers and graduates of hizmet schools from Marina Phal from Cambodia, Muazzam Idris from Nigeria, Mustafa Derahovic from Bosnia, and Emmanuel Varona from The Phillippines who could not join due to unexpected circumstances.
On the panel, three alumni from the hizmet initiated schools had been delegated to talk about their experiences. Their anecdotes had distinctive, yet common elements. The sacrifices their teachers had made for them was the initial reflection of all.
Muazzam Idris, originally from Nigeria, one of the first panelist is doing his phd in chemistry, he presented how he interacted with his teachers during his senior and junior years if high school and how he got into the school. Muazzam also emphasized that Nigeria is a very diverse country with over 100 ethnicities and two major religions. Muazzam would remember every Friday they were having meetings about Christianity and Islam, and he said these meetings opened his mind. These schools trained us Nigerian students academically and morally. Marina Phal was the second on the panel, and she jokingly gave a preview of her seven years in secondary school in Phnom Penh. Marina later implored the audience to give more support to a decent education, which 59 million children around the world were lacking. Marina also added that it is not only the world’s leaders responsibility to focus on education, neither it is Fethullah Gulen’s responsibility alone, but it is every individual’s responsibility to shoulder the burden of a lack of education. Mustafa was the final panelist to talk about how teachers got into Bosnia in great peril risking their lives. Mustafa emphasized that he had witnessed the value of education, because right after the war, the son of a Serbian ambassador came to study at his school. Mustafa also fondly remembers the strife the first four teachers came to Bosnia during the war, entering the tunnel, all four were stopped by Bosnian soldiers and asked why you want to enter Sarajevo and suspected that they were foreign fighters. The teachers replied back that they were to enter Sarajevo to open a school in the midst of Serbian shelling.
In conclusion, each of the panelists that had attended hizmet school and now are studying at different colleges and working in non profit with the same passion and idea as their teachers had: teaching others so that the world is a better place for humanity.
Pacifica’s children volunteers in Utah shared a performance of the sufi whirling dervishes at the plenary session. You may watch the performance video below.