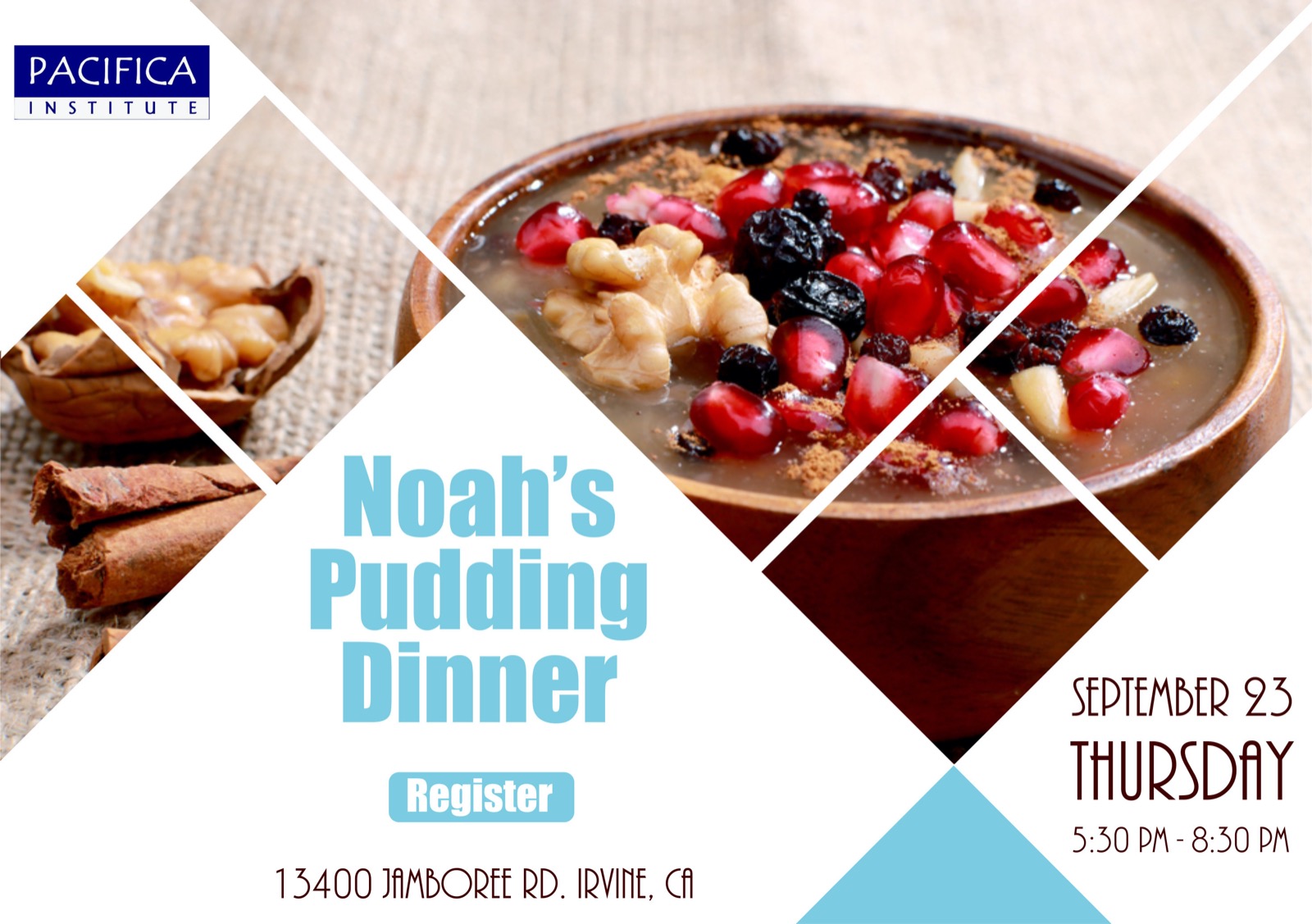 Noah’s Pudding Dinner took place in the Orange County branch of Pacifica Institute with over 80 guests joining to witness the competition of Noah’s Pudding, the dinner and the gist of the Noah’s Pudding story by presenters Emine Ozer and Dilruba Asici.

Atilla Kahveci- Pacifica Institute welcomed the guests after the three jurors evaluated the puddings of six contestants based on visual art, taste and texture. During dinner, Emine Ozer and Dilruba Asici both from ATOMA presented the story of Noah, the great deluge.

Dilruba started by saying that The story of Noah’s pudding begins with the prophet Noah and his continuous struggle. “As years go by and Noah is unable to reach out and convince his people to find God and faith, it is decreed to him that he should build an ark to face an oncoming disaster unlike anything seen before.”

Emine added “Noah tries to convince his people to board the ship and heed his words, however despite his best efforts many remained on the land. As the disaster came, water swept the earth, and only the people and animals aboard Noah’s ark were able to survive.” Dilruba continued by saying ‘ This is where our story really begins, while aboard the ark, the people began to run out of food and there were no longer enough supplies to make food, only bits and pieces of different ingredients.

Emine added that “The people on board began to starve, and so Prophet Noah adviced everyone to bring forth whatever food was in their possessions. Each of the passengers brought out what they had, and found out they had a variety of ingredients ranging from peas, beans, pomegranates, wheat to nuts and spices such as cinnamon. Under prophet Noah’s command, they poured all of the ingredients they had and cooked it in a giant pot. And as such the oldest dessert in the world, Noah’s pudding was created. The passengers were all able to eat Noah’s pudding and sustain themselves till they reached land. “

Both Dilruba and Emine concluded three messages from the story “ First, being together allows us to solve problems we can not on our own. Today we have plenty of problems such as climate change, poverty, and hunger which require a humanitarian solution to them. It is demand that all of us work together to solve these issues, one cannot solve them on their own, just like the passengers on Noah’s ark couldn’t have survived, had they not combined their ingredients. What makes Noah’s pudding so special is the fact that each of these ingredients was able to preserve their flavor while being mixed together. They didn’t lose their individuality, instead they brought out the richness in one another and formed a cohesive dish. This goes to show that by working together, collaborating, and living in cohesion we can still preserve our own individual identities, cultures, and religions. The third message we get from Noah’s pudding is the unexpected outcome of the combination of ingredients. I’m sure if you asked anybody randomly about how they would assume these ingredients would taste together or if they thought they would suit one another they would reply no. However, as you all have tasted, they do in fact go together, and not only is that but ingredients such as beans are used to make a dessert, something sweet. Here we see that by working together we can reach unexpected solutions and outcomes, Things we may have not found out otherwise are now available to us.”

Various awards and gifts were presented to six contestants and three jurors. The event concluded by remarks of the guests that shared how it has been so long to gather in person post pandemic.