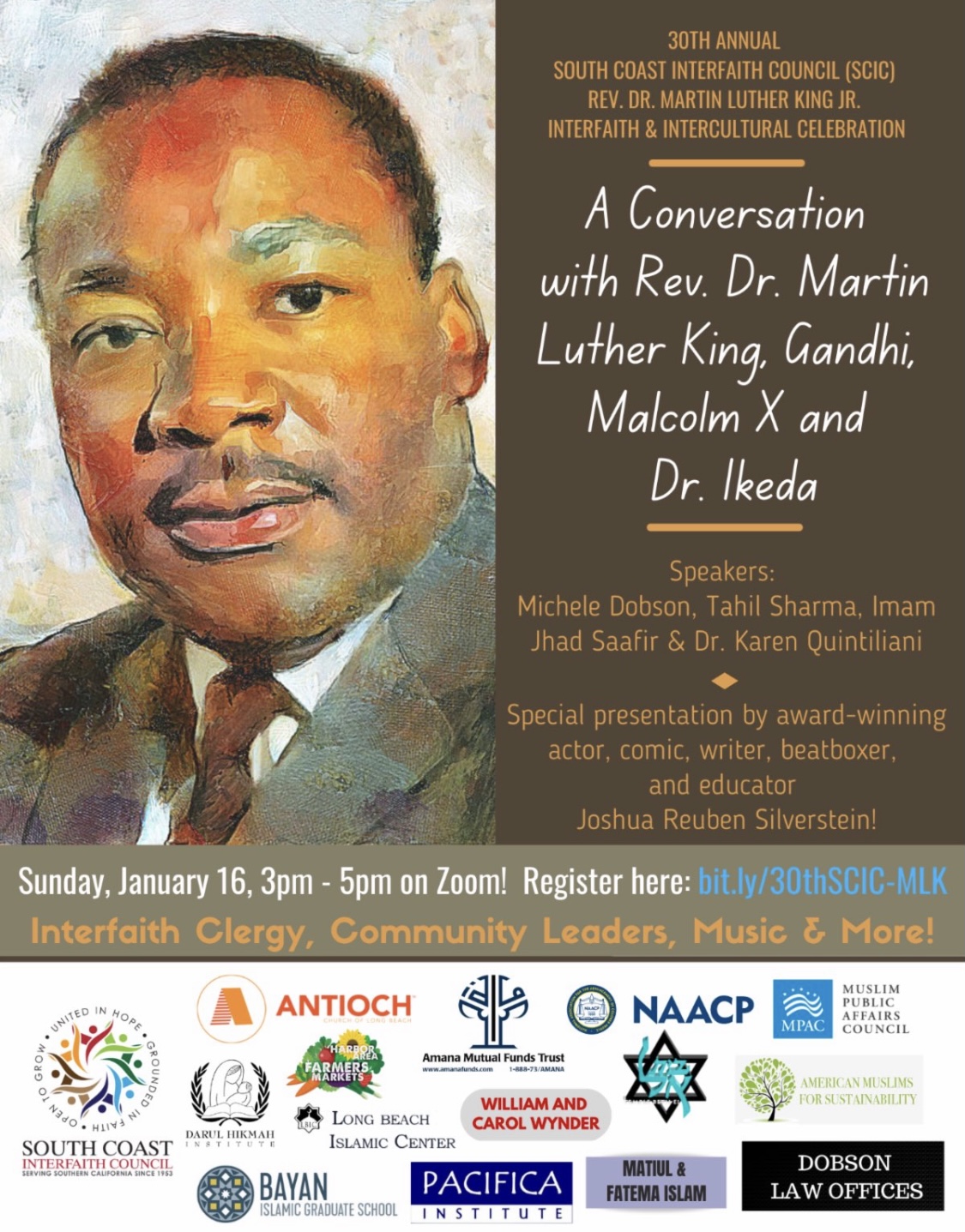 Milia Islam Majid started by saying what MLK conveyed us many years ago is “ Too many people are religious in creed but few in deed” Millia asked how we as interfaith leaders are realizing his dream by putting words into action. Millia thanked many sponsors along with Pacifica Institute. Then came music by three  wonderful musicians “Keep on Working, Keep on Talking, You are not going to turn me around”

Millia introduced Tahil Sharma, Dr Karen Quintiliani, Michele Dobson, Jihat Safir moderated by Dr Sara Deen. Before the panel, an indigenous prayer was offered for the MLK day by Chief Daniel Ramos who said “Lets forgive the unforgiveable” and that “we are safe when we are all safe”

Four panelists came to the conclusion of “Audacious dialog may be the gateway to audacious love.” Michelle pointed out that it is important to press on and continue the good work done by everyone. Panelists also mentioned the ideas put forward by Gandhi, Malcolm X and Dr Ikeda.

Imam Saafir added “We stand on the shoulder of others like Dr. King and Malcolm X. ……..interdependent not independent.”